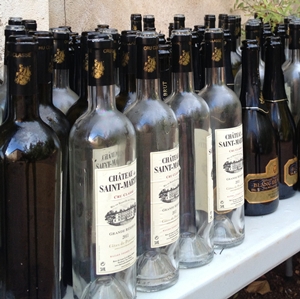 The perfect wedding and people still talk about the cheeseboard now

| in Popular Posts, Weddings, What our clients said

The team at Red Radish made all the difference to our French Riviera wedding day. Wayne and Lucy had catered a close friend’s wedding a few years before which was so much fun and so well done that the day after I got engaged (and was still on holiday!) I called to make sure they’d be free to do ours.

Lucy is an oasis of calm and immediately knew the feel we wanted for the day and the right food to match…. people still mention the cheeseboard to us now 6 months later! The food was so good I think I am the only bride to have finished her pudding(s). It was 100% more than we could have expected and they had thought of everything. The wait staff were so friendly, which makes a huge difference to the ambiance on the day.

Wayne does an amazing job quietly running the show and when we came in to dinner had even lit extra candles, re-jigged things slightly and ultimately organised the evening even better than I did with my never-ending spreadsheets. He took a huge weight off which is what every bride needs.

They are a lovely, fun couple who are really in their element, which makes it a joy to deal with them – they really do invest themselves 100% in what they do. We wouldn’t hesitate in recommending Red Radish.