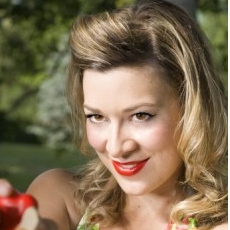 A Supper Club with Jill Barber

This time of the year things are a little quieter and we are grateful therefore to be able to find the time to do the occasional underground supper club. Obviously our last soiree on the beach in Cannes was such a huge success that we were more than a little worried about how we would be able to top it, but fortunately exciting opportunities at Red Radish do seem to crop up frequently and we are more than excited to have managed to somehow wangle our good friend, Canadian sweetheart and sultry songstress Jill Barber to literally sing for her supper at our next bash.

One of Canada’s most beloved performers, Jill sells out venues from coast to coast, whilst winning numerous awards along the way, including two Juno nominations which are Canada’s version of a Grammy). Her fans include Kris Kristofferson, who calls her “a real songwriter, a damn good songwriter” and Josh Ritter, who has toured extensively with Jill. Fellow Countryman Ron Sexsmith, who has written with giants such as Coldplay and Elvis Costello, has become one of her closest collaborators, having co-written two songs on her most recent album, Mischievous Moon.

The date for the supper club and to see Jill perform is the 20th and the venue is somewhere up in the hills behind Cannes. More details  available here.