Early 2014 saw an enquiry from the prestigious festival organiser Mama and Co who were looking at the possibility moving their current crew and artist catering away from established tour caterer Eatopia. Mama are one of the biggest names in the business with years of event industry experience and a host of big name festivals under their belt it was an exciting email to say the least. Our initial discussions focused on Wilderness, Lovebox, Global Gathering and a brand new and exciting Devon festival called Somersault. 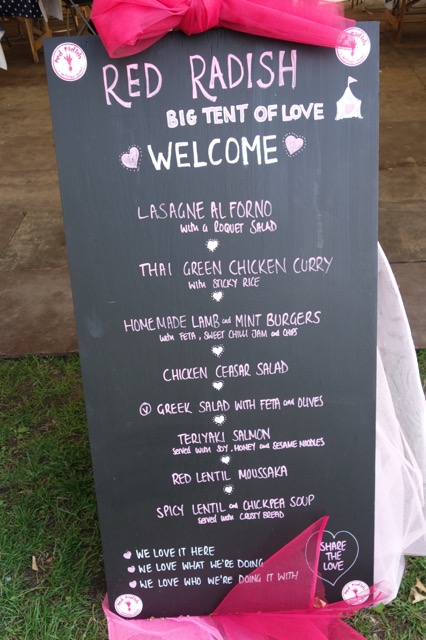 At the time of the enquiry Red Radish were living the dream providing the crew and production food for the world famous Cirque du Soleil at London’s Royal Albert Hall. After initial emails and costs, a tasting was arranged at this iconic venue. The production team from Mama had initially suggested that they wanted to try us out on one or two of their gigs first and that they would be nervous giving us all four festivals at once, but our food and our approach must have been spot on because a month or so later Red Radish were confirmed on all four festivals, including Somersault and Lovebox which ran at the same time. How’s that for confidence!