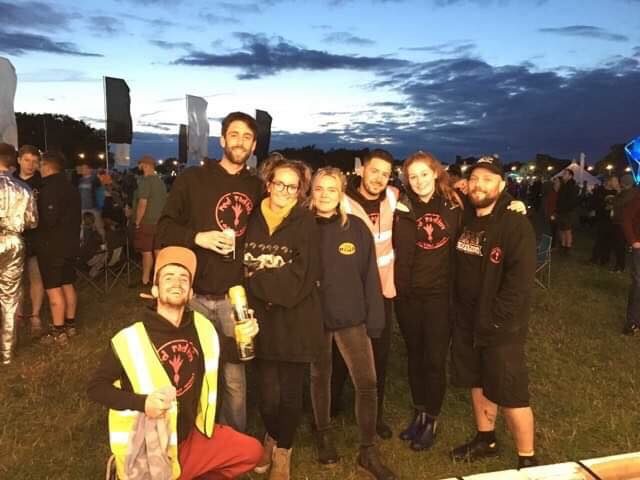 The stars aligned for our Radishes, who were at Jodrell Bank 50 years on from when the observatory played a key role in tracking the Apollo 11 mission.

The festival catering circuit doesn’t often involve coming into contact with humankind’s history. Granted, we do come across some extra-terrestrial activity…

This weekend was a little different for our team, who found themselves right in the middle of the moon landing’s 50th anniversary festivities.

The crew at Bluedot Festival, located at Jodrell Bank Observatory, were treated to a very special celestial celebration.

50 years ago, on 20th July 1969, a handful of scientists at Jodrell Bank Observatory helped track Apollo 11’s Eagle lander safely onto the surface of the moon.

As 650 million people worldwide gazed at their TVs, the Lovell telescope kept a close eye on Neil Armstrong and Buzz Auldrin’s extraordinary journey and that of an unmanned Russian probe.

This year’s Bluedot Festival celebrated that historic feat and the observatory’s role in it.